Remembering 5 Grammy Hits — and 6 of Many Misses

For many viewers, the 57th Grammy Awards tonight will be a time to let out one long groan. Year in and year out, Grammy voters reward safe, populist choices — those sweet and sugary treats that before long make your teeth rot, while bolder, fresher and more acclaimed works are either passed over or ignored outright.

As we prepare for the worst on Sunday (Iggy Azalea wins Best Rap Album? “In a Lonely Hour” for Album of the Year?), it seemed appropriate to remember the times the Grammys got it very, very wrong. Of course, such moments are numerous, so it made things (slightly) easier to start from the year 2000. Here are six examples that stood out the most — and, below, five times when the Grammys got it right.

It was both disappointing and outrageous when country singer Shelby Lynne took the prize for Best New Artist in 2001. Disappointing because Jill Scott’s debut album “Who Is Jill Scott? Words and Sounds, Vol. 1” delivered smooth sensual grooves and spoken-word style poetry that made love to your eardrums. Outrageous because Lynne was far from a new artist; her career goes as far back as the late ’80s. Today, we know which artist is one of the queens of contemporary music. 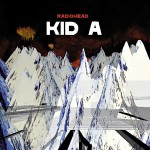 Listen, Steely Dan is a perfectly fine band, and their 2000 album “Two Against Nature” was a muscular throwback to their glory days in the ’70s. But a throwback is no match for a stone-cold masterpiece, which is precisely what the always innovative and cutting-edge rock group Radiohead delivered. Perhaps we should be happy voters even nominated a work of such bold and restless sonic experimentation and complexity. (And it did win Best Alternative Album.) Today, the album can be found on both Time magazine’s and Rolling Stones’ list of greatest albums of all time, the latter publication voting it the best album of the 2000s. Care for a do-over, Grammys?

It’s worth discussing why a rap song has never won this award, one given for writing. (Record of the Year is given more for production and mix.) But even if Grammy voters don’t put the lyrical content of hip-hop on the same level as other genres, how could they ignore the pop cultural crater Kanye West left with this track? West was shut out of every major category at the 47th Grammy Awards. For infusing rough-edged, pulsating faith into rap’s school of hard knocks with sweaty sound and fury, this one really should have been a no-brainer — a game changer if there ever was one. The winner was John Mayer’s “Daughters,” a sweet ode to family connections that one doubts even Mayer himself remembers.

A song voted by Rolling Stones magazine as the greatest of the 2000s; surely Grammy voters were on the same page. Right? Wrong. The funky duo of CeeLo Green and Danger Mouse did win Best Urban/Alternative Performance for the song. But it wasn’t even nominated for the two major categories at the 49th Grammy Awards. The Dixie Chicks took both prizes for “Not Ready to Make Nice,” a track that for many critics was their way of saying they didn’t regret the anti-Bush statements Dixie Chick Natalie Maines made during a concert in Texas in ’03. The song is a moving piece of country pop, but not even making room for “Crazy” in these categories was, well, crazy.

Janelle Monae is one of the few artists worthy of being called an artist, and the closest heir we have to Prince. Her debut studio album was an exuberant and eclectic blast of musical ambition that took us down a rabbit hole of afrofuturism, feminism, old-school funk and cyberpunk that pushed against the stagnant state of pop music. The album was named as one of 2010’s best by a number of critics, but Monae’s achievement could not find a place amid the Album of the Year nominees (which included hallow efforts from Lady Gaga and Katy Perry). Worse still, though it was nominated for Best Contemporary R&B Album, it lost to Usher’s instantly forgettable “Raymond v. Raymond,” a lesser work from a dying star. Meanwhile, Monae’s continues to burn brighter than most of her contemporaries.

In 2010, Kanye West’s magnum opus received more ecstatic reviews from major critics than anything since Radiohead’s “Kid A” a decade ago. Alas, this year’s ceremony would belong to Adele, whose second album “21” and her hit single “Rolling in the Deep” devoured the competition. Shame. Both the album and the song are lovely displays of the British singer’s soaring vocals, but they look puny and feeble next to the artistic and thematic heights West reached here. The inevitable win for Best Rap Album is almost an insult. West is indisputably one of the vital artists of the millenium, but for Grammy voters: *Kanye shrug.*

Marc Rivers is Arts & Entertainment editor at The Hilltop, the campus newspaper at Howard University, where these articles originally appeared. A senior film major, Rivers has a passion for all things film. He advises that you stay in the knowing business. He can be contacted at entertainment@thehilltoponline.com.

Sometimes the Grammys Get It Right

By Marc Rivers, The Hilltop

While we certainly love to hate the Grammys, every once in a while, the voters offer up a choice or two worth a pat on the back. Below are five examples of such rare good taste.

Alicia Keys took home five trophies at the 44th Grammy Awards (including Best New Artist), none more deserved than for her signature ballad of the crazy highs and lows of love. Key’s gospel and blues-soaked production provided a perfect accompaniment to her hard-hitting, Aretha-like vocals. 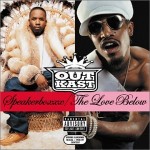 Outkast’s wild two-part epic is only the second hip-hop album to win this award (after Lauryn Hill’s “The Miseducation of Lauryn Hill” in 1999). Who knows what Grammy voters were smoking in 2004 when they gave this grand explosion of Southern-style cooked pop their top prize, but one desperately wishes they’d smoke some more of it.

Voters could have gone for Eminem’s Oscar winning be-all-you-can-be anthem, “Lose Yourself” at the 46th Grammy Awards, but it’s hard to argue with Luther Vandross’ unbearably moving tribute to his father. Even today, listening to Vandross create poetry out of his childhood memories has a direct connection to your tear ducts. The emotional power of the 2003 single was amplified by Vandross’ hospitalization due to a stroke at the time of the song’s release. He would later pass away in 2005.

One of the few cases when Grammy voters, critics and the populace were all in agreement over a singular talent who left us far too soon. Amy Winehouse’s definitive song “Rehab” was one of the most popular and critically acclaimed tracks of 2006, and its popularity has only increased since; the performer’s battle with alcohol and drug addiction and subsequent death only fueling the song’s classic status and Winehouse’s enduring popularity.

The uproar was deafening. Drake fans were shocked. Millions of Beliebers on Twitter were in a frenzy: Esperanza who? Who was this skinny young black woman with the giant fro? It was being written as an upset of epic proportions, when in reality it was a choice of surprising yet resounding brilliance. For once, true musical prowess overcame shallow popular opinion. The 30-year-old was the first jazz musician to win the award, and her unmistakable virtuosity with the cello, guitar and various musical styles only solidifies her 2011 Grammy win as one of the most deserved and satisfyingly anti-populist in recent memory. More of those, please.