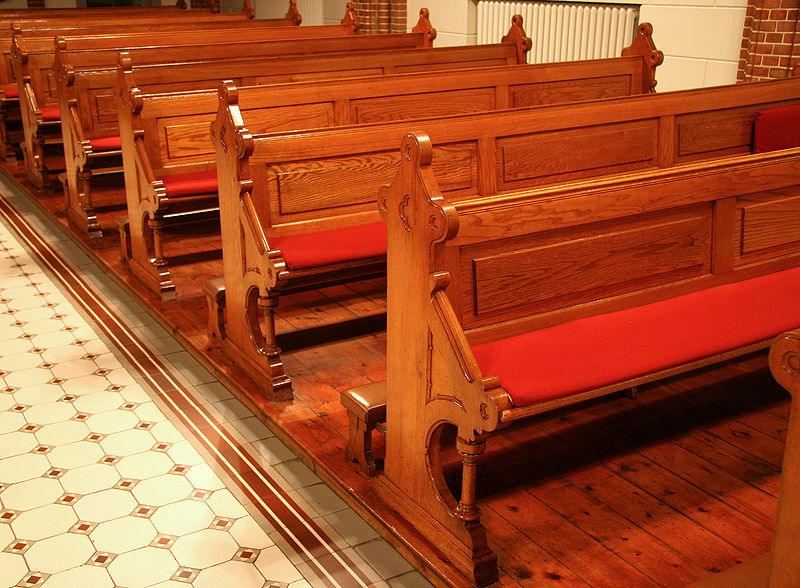 
The teenage years can be some of the most grueling a person can ever experience, but for me, the decade was an analysis of who I was. At the age of 19, I became courageous enough to declare to both of my parents that I was gay.

Parents would seemingly be most adept at understanding children who come to terms with the finality of self-identity and accept their homosexuality. My belief process of a parent’s ability to sympathize was destroyed after I related to my parents about who I really was.

The first words out of my father’s mouth were that my lifestyle was in direct contrast to the principles of the Catholic religion, and my mother told me that I had strayed away from moral values.

Immediately, I compared religion’s teachings of acceptance in diverse groups of people with the discriminatory beliefs about homosexuality that my parents had deduced as unacceptable. I didn’t understand the contradiction within my religion’s belief systems.

The questions I wanted to ask were: How could an organized religion that attempts to exhibit tolerance for diversity in distinct races, thoughts and life goals simultaneously allow discrimination or the segregation of entire populations of people? Would I be accepted in my church? What would my community think about me if most faiths discriminate against LGBT individuals? How could I balance loving God with a church that chooses to ignore me? Like many, I’m not alone in asking what is occurring within my religion.

Recent trends in the secularization of the United States demonstrate that Americans are losing their religious commitment to organized religions. Data collected from the Pew Research Center from 2007 to 2012 found that 20 percent of the American population claim to be “religiously unaffiliated.”

The same report concluded that nearly a third of Americans under 30 were religiously unaffiliated — the highest percentage that the organization had ever recorded since first asking the question.

But why are younger generations shedding their religion? Are Americans disbelieving in God and simply being more upfront about saying so?

What’s more, 88 percent of the religiously unaffiliated said they were “not looking” for a religion that would better suit their individual beliefs, because they deemed most as too concerned with money, power or politics. 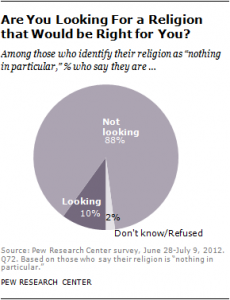 The trend of the religiously unaffiliated demonstrates a growing problem for organized religion in the modern world: Either reform or risk the continued alienation of people.

In the Catholic religion women are not allowed to be priests, sex is forbidden before marriage, divorce is sacrilegious and homosexuality condemned. Many religions around the world discriminate in similar ways, and the occurrence is not unique to Catholicism.

Many people from Europe to the United States have taken notice of the archaic systems of belief within religions and chosen to either opt out or refuse to partake any longer in church activities.

Perhaps similar to other people, I have slowly begun to move away from the Catholic Church not because I desire to do so, not because I no longer believe in God since my faith has never been stronger, but because I’ll no longer support a religious organization that refuses to accept my complete identity.

Drastic reforms are needed that begin to include segments of the population deemed unworthy or unsatisfactory into the religious community. Enough is enough of the dialogue of endemic discrimination that occurs because religions prophesize morals as to what they deem fit.

The time has come for organized religion to join the progressive and positive societal changes to reflect modern times or else face the consequences of neglectful actions: a new secular world.

Emmanuel Laboy is a senior at Quinnipiac University in Connecticut and has been a Congressional intern through the Gay & Lesbian Victory Institute. Edited by Nicole Billingslea.