It’s a rainy day in Washington, D.C. The sky is an overcast gray. Its droplets provide a constant sheen and turn into a dismal downpour by 3 p.m. Yet at Echostage, a concert venue in northeast D.C. beside the popular Bliss nightclub, a line of eager fans has grown since 6 a.m., each waiting to see Korean pop group GOT7.

Some rest under the awning in front of the club, unaffected by the rain, while the unluckier fans sit on blankets and hide under ponchos or umbrellas, ready for t 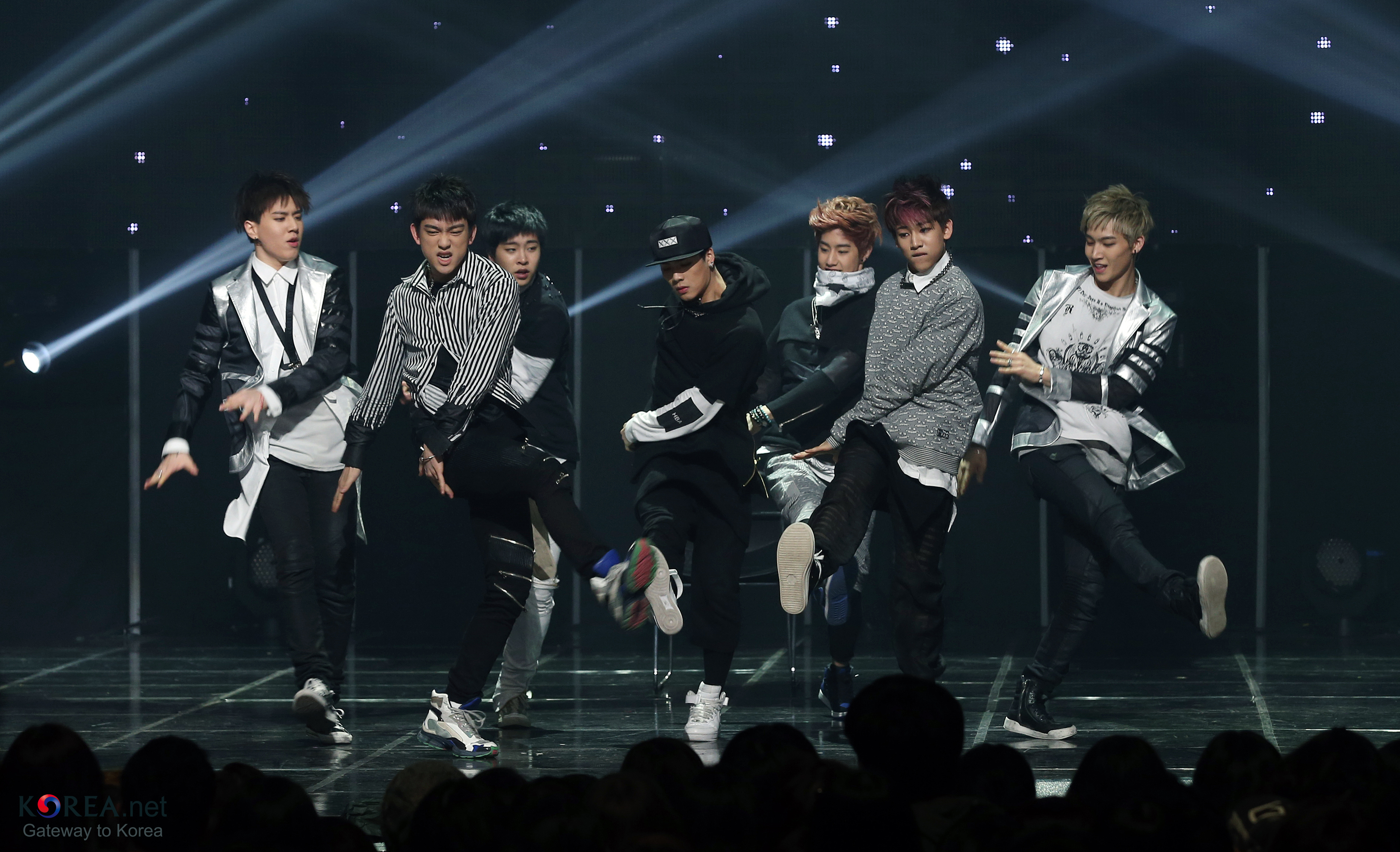 he four-hour wait, which still lies ahead. Howard University student Lena Burgess arrives at 2 p.m. She doesn’t expect the number of people that greet her because she is so early, but the line was down the street to her disbelief.

Though GOT7 is relatively unknown on the U.S. music scene, it has a fan base, called iGOT7s, that has grown internationally thanks to live streaming of performances on YouTube and fan-subbers who translate videos from the tours into English.

Burgess recently discovered GOT7 because of her roommate. She states seeing GOT7 is about the music for her, despite not being able to speak the language. As time passes, it appears most fans share her sentiments because, periodically, a fan with a speaker would incite riotous cries of unintelligible Korean from those attempting to sing along to songs they know.

GOT7, which celebrated its three-year anniversary about three weeks ago, is headlining a GOT7 Flight Log: Turbulence in USA Fanmeet 2017 tour, from Jan. 21 to 29. The five-stop tour includes Miami, D.C., Chicago, Houston and Los Angeles.

As they wait, the iGOT7s enthusiastically chat about their favorite members, known as their “bias.” For some, the proof to their words is proudly displayed on their T-shirts, sweatshirts and banners.

The fanmeet tour includes more audience interaction than normal concert tours. The show features a question-and-answer session and interactive games with the audience.

At one point, the tour bus containing the seven members passes, causing infectious cries of enthusiasm from the end of the line to the beginning.

One fan carrying banners, each with a different member’s name in Romanization and in Hangul, Korea’s written language, gives them out from the back to the front of the line. Another hands out banners that displayed “Happy 3rd Anniversary.”

As it gets closer to 6 p.m., the time the first group goes inside, fans stand and press forward toward the doors of Echostage with anxious energy. Everyone wants to get inside to find a spot with the greatest visibility. However, the security guards know how out of hand it can get and attempt to control the crowd with authoritative cries of “Stay where you are!”

Despite their best efforts, the security guards are only moderately successful in shouting. So as 6 o’clock comes and goes, they proceed to call the first group inside.

A large group of fans flashes their labeled wristbands before having their bags checked and hurriedly enters the building.

A larger group rushes forward to enter; this time to the unhappy shouts of “Slow down!” from the security guards farther behind them.

The group, which includes Burgess, moves forward with relieved sighs to finally be entering the venue. Having heard the security guards’ calls at the first groups, the P3s enter in a more organized but still hurried fashion.

Fans in the smallest and final group are less rushed, knowing they won’t have the best spots inside. They are just excited to be there.

Inside the venue, the iGOT7s’ energy is palpable. Fans belt the few English lyrics in “Hard Carry,” the top single off GOT7’s most recent album, Turbulence, with feeling. Yet when the older single “If You Do” plays over the speakers, the audience loudly sings the completely Korean chorus with fervor.

However, when the lights dim, the fans’ screams become deafening. Burgess realizes that GOT7 is about to be onstage. The singers are no longer a distant interest through her laptop, but a physical representation of Korean culture in America.

An introductory song later and GOT7 appears seated onstage where they perform “Let Me.” After the performance, the crowd meets the host and translator for the evening. While some members of GOT7 speak English, they communicate in Korean most of the time.

The fans respond encouragingly to the members, despite the language barrier. The members also mock each other for incorrect phrasing and pronunciation to the delight of the fans. The audience laughs as GOT7 makes fun of each other during the question-and-answer portion.

For one of the two games they play, each singer picks a ticket so that a corresponding member of the audience can come onstage to play Hacky Sack and kick around a beanbag. One ticket belongs to a 10-year-old girl who seems shy being the center of attention. Her partner, singer Youngjae, excitedly interacts with her in his limited English to the admiration of the audience.

After the games, questions and performances, GOT7 announces the event is almost over to an audible “Aw” from the audience. Each member then makes a farewell statement.

Jinyoung, an older member of GOT7, says he prepared his statement in English because in other countries he sometimes feels “awkward and sad when I don’t speak the language.”

“This is our first time in Washington, D.C., and I was worried,” he continues, “but I realized I didn’t have to be because the love from you guys is overwhelming.”

The members thank the audience for coming to show their love and support, despite the bad weather.

“All we ever wanted is iGOT7 to be respected by other people,” Chinese-born member Jackson, known for having the best English in the group, tells the audience. “That’s why we work hard every day. Even though it’s tiring and we want to be in bed, it’s worth it.”

GOT7 ends the evening with an older song, “Homerun.” Confetti falls as the group and audience celebrate the end of the night.

“I never thought I would see a group from Korea live,” Burgess says. “This has been one of the best nights of my life.”

Even though an ocean and culture lay between GOT7 and many fans, the music and openness become the glue that unites people who may have otherwise never met.