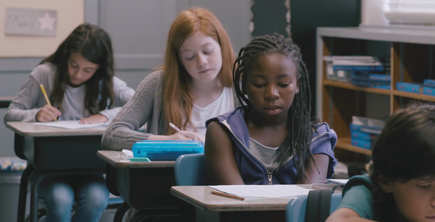 Up to 10,000 people are expected to attend the 20th anniversary of the American Black Film Festival in Miami this year, including filmmakers Spike Lee and John Singleton, actor Terrence Howard and the casts of “Queen Sugar” and “Insecure.”

“We have 60 new writers and directors joining us this year,” said Melanie Sharee, head of programming and industry relations.

“Within our Talent Discovery Programs, we introduced a new writing program with Turner to identify talented writers equipped to work in TV,” Sharee said. “Our priority is to unearth new black talent and find ways to introduce them to the industry-at-large.” This includes the ABFF Greenlighters Academy for college students.

Inspired by the Rev. Jesse Jackson’s call for a boycott at the Oscars after a lack of African-American nominees, producers and directors Jeff Friday, Byron E. Lewis and Warrington Hudlin decided to organize a festival for blacks in Hollywood similar to the Sundance Film Festival.

One of the main goals was to find a venue where members of black Hollywood could network with each other.

ABFF started in 1997 as the Acapulco Black Film Festival in Mexico, where it was held for the first four years. Actor-director Robert Townsend hosted the first event with 600 people attending over five days.

“We have over 70 events taking place this year,” Sharee said. “Some years, you do see a trending theme or a lot of dramas vs. comedy, etc. This year we’ve worked hard to provide a good variety.”

Offerings range from Malcolm D. Lee’s “Girls Trip” to “Tell Them We Are Rising: The Story of Black Colleges and Universities,” a documentary by Stanley Nelson.

Besides the festival, ABFF also shows independent films on Magic Johnson’s Aspire network and an awards program on BET.

In addition to its impact on the industry, ABFF has personal meaning for individuals, Sharee said, including herself.

“It means community – to be in an environment in which we work to help stories by and about people of color be seen, celebrated and their creators propelled.”