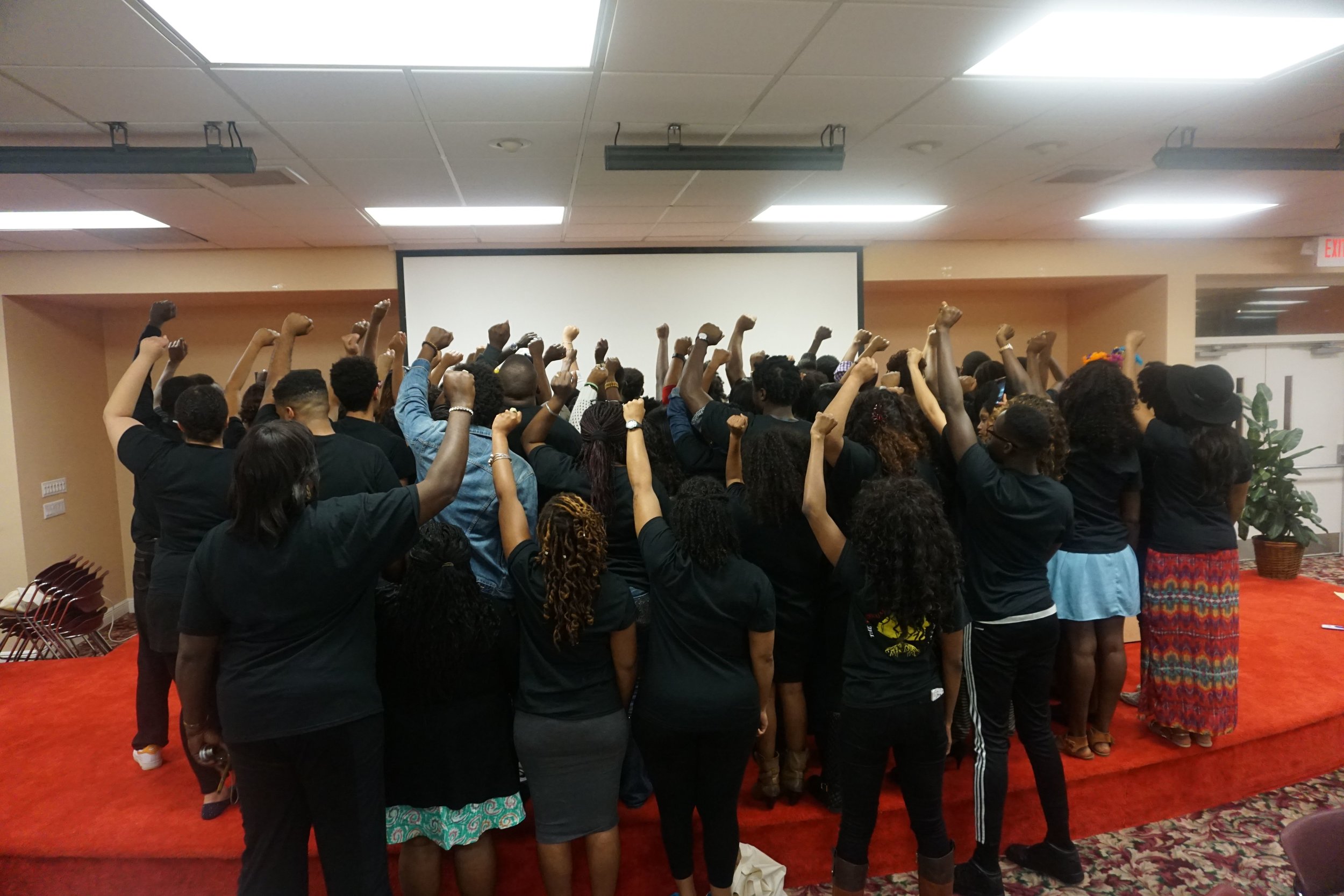 More attention should be paid to black immigrants, some people say, as the conversation heats up surrounding recent changes by the Trump administration on the Deferred Action for Childhood Arrivals (DACA) policy.

DACA has been in the news since President Donald Trump announced that his government would be gradually ending the program, and has given Congress six months to pass legislation to protect its participants.

However, in much of the reporting since the decision, the focus has been on immigrants of Hispanic origin.

Kamau Chege, 22, a Kenyan immigrant, told Howard University News Service that he noticed other immigrants nationwide from various countries and backgrounds are currently being left out of this pressing conversation.

“I started to realize that immigrant rights were based on U.S.-Mexican relations in 2014,” he said. “There are other immigrants from other countries like El Salvador, Guatemala, not to mention Jamaica and other African and Caribbean countries. Those immigrants were absolutely being left out of the conversation.”

“I think people often forget that we are immigrants and even more often people of black history that we praise, they’re of immigrant descent,” Nana Brantuo, BAJI policy manager, told Howard University News Service. “The data has been dominated by Latin America because there’s such a large number, but you still have to account for blackness.”

The Pew Research Center found last year that nearly a quarter of U.S. Hispanics identify as Afro-Latino and that identity isn’t specified in the U.S. Citizenship and Immigration Services’ DACA recipients and requests records.

UndocuBlack Network is an organization that advocates for the rights of Afro-Latinos and other black immigrants. The network’s co-creator Gabrielle Jackson told Howard University News Service that black immigrants are usually overshadowed as a focus in immigration because those who are black — of any descent — are seen as a monolith.

“Our voices tend to be dismissed because — we as a whole, we know people who are black immigrants,” she said. “We have to focus on the individual and not just the community. It’s so much more diverse than people believe.”

When President Trump announced his plans to cut the DACA program, a variety of emotions including rage and confusion, swept the nation. This could cause the mass deportation of over 800,000 DACA recipients nationwide who are better known as DREAMers. DACA is an Obama-era policy that protected certain undocumented children who entered America prior to their 16th birthday from deportation, while providing renewable two-year work permits and the opportunity to study in this country.

As the conversation surrounding recent changes by the Trump administration about the Deferred Action for Childhood Arrivals (DACA) policy, some believe that more attention should be paid to black immigrants.Various government officials have fought for the DACA program, like Senator Chris Van Hollen (D-Md.), who told Howard University News Service that he plans to continue doing so and will include all immigrants in the conversation.

“DACA has been tremendously successful and has allowed almost 800,000 young adults to work lawfully, buy homes, and even serve in our armed forces,” he said. “I want Maryland’s vibrant and diverse immigrant community, including our African, Afro-Latino, and Caribbean communities, to know that I will fight the Trump Administration’s attempts to divide families and communities.”

While black immigrants are fighting to be included in the media’s immigration conversation, Hispanic immigrants are still in fear of being removed from the country.

Itziri Gonzalez, 21, Howard University student, first came to America when she was just 6 months old. She returned five years later after her father became ill only to stay for the next 16-years of her life, and the birth of her four younger siblings. “DACA has given me a sense of normalcy after feeling like an outsider in the U.S. for so long,” she said.

It is now up to Congress and the current administration to come together and decide whether to rescind the program or come up with an alternative. The Associated Press reported that the president and members of Congress had struck a deal concerning DACA, though the president tweeted otherwise. While there are rumors of a deal, Gonzalez doesn’t have faith that Congress will do the right thing. “I think Trump’s decision is irrational. It doesn’t make sense, no matter how you look at it,” she said. “I want to have faith in Congress, but I don’t.”

Gonzalez continued to say that she’s afraid for her future since the decision on DACA is up in the air. “I had plans of going to law school or graduate school to be an immigration lawyer,” she said. “I wanted to get a job which consisted of me helping future undocumented students like me obtain better access to higher education. However, with Trump’s decision to repeal DACA, I’m not sure that I will be able to pursue these plans. I’ll just have to wait and see what happens.”

Chege, whose family has been in the country for over a decade, ensured that though times for all immigrants seem bleak, the overall support of the American people will prevail. “I think you’re going to see a pressure being put on Congress,” he said. “Trump’s tweets have shown that he is in a weak position. We have the American people behind us, so I’m encouraged. Of course it’s stressful, but I do think everything will turn out okay for all of us.”

Maiyah Mayhan and Ayanna Alexander are reporters for the Howard University News Service.