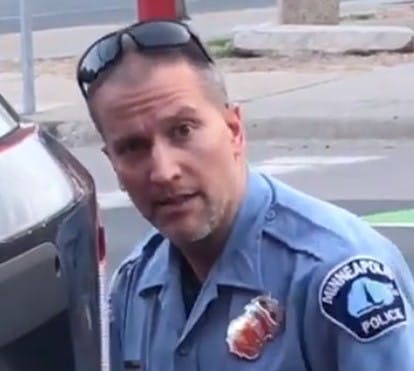 Derek Chauvin has been found guilty on all counts of second-degree unintentional murder, third-degree murder and second-degree manslaughter as announced by Judge Peter Cahill this afternoon.

The world waited for three weeks at the edge of their seats to know whether Derek Chauvin will be sentenced to prison or be a free civilian.

We were all taken back by the news on March 25, 2020, when a horrific video tape surfaced on social media of a black man being murdered in the hands of Minnesota officers.

We have since learned the name of the officers involved and the victim. However,  many names we may not remember. We will always remember the names George Floyd and Derrek Chauvin.

It’s been a year since the video surfaced and when it did the world went up in flames. Buildings were burned and Supermarkets were emptied.

Protesters took to the streets as they had officially had “enough.” Some described this moment as a public lynching that might have taken place in the 60’s.