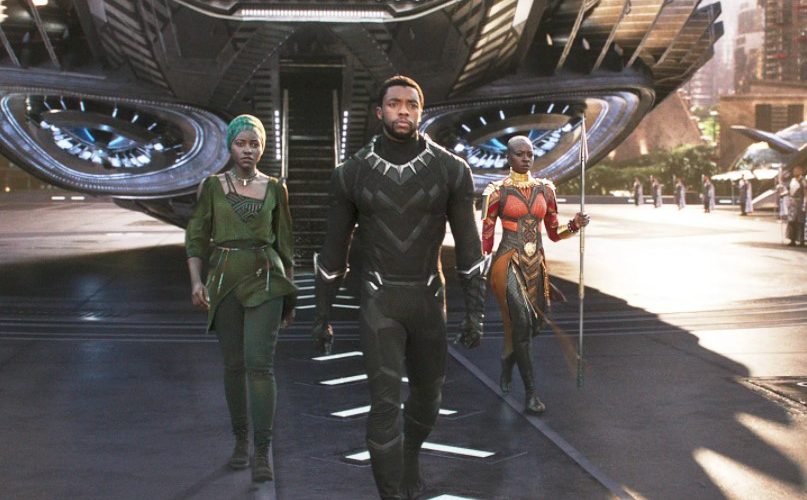 The Black Renaissance: A New Age of Artistry & Representation

Black culture has heavily influenced American culture and society during many periods in history. The Harlem Renaissance period – to name one – is the most recognizable to date. From this era came some of the greatest voices in Black American history such as Zora Neale Hurston, Langston Hughes, James Baldwin, Lorraine Hansberry, Billie Holiday, Alaine Locke, and many more Black playwrights, poets, authors and artists who carried the experiences of a whole generation of people through their work. From this immense burden and their sacrifices came many political and cultural changes that have shaped the world as it currently is and will be. This same thing is happening right now.

“America is taking a harder look at itself and how it continues to exist based on its own paradigms” stated Dr. Amy Yeboah, an associate professor from the Department of Afro-American Studies at Howard University. She sat down with The 101, a new podcast with 101 Magazine, to talk about the political, social, and cultural climate of today and how it has changed. “This moment in time – it becomes cyclical. When America decides to look and think a little bit harder about itself, we are hopeful that this is a turning point, but sometimes the same things happen again.”

The past five to six years have seen unprecedented violence and political unrest. With diverse representation being prioritized across all industries due to the increase in political unrest over the past decade, Black artistry has been pushed to the forefront. The world has seen major leaps in visual, written, and performance art, with Blackness at the very center – from the opening of the National Museum of African American History and Culture in 2016 to the cultural phenomena of Moonlight (2016), Black Panther (2018), and Ta-Nehesi Coates’s Between the World and Me (2015). Akin to the Harlem Renaissance, Black art is being produced, centered, and celebrated like never before and it is time that it is recognized and named.

Other notable moments in Black culture from the past year or so alone include Amanda Gorman’s The Hill We Climb, performed at President Joe Biden and Vice President Kamala Harris’s inauguration; and Regina King’s Watchmen (2019) and One Night in Miami (2020). We are experiencing a new age of artistic expression that will be unparalleled in its glory.

The Enlightenment: A Response to Police Brutality

Police brutality is an epidemic disproportionately affecting Black communities at unprecedented rates. In the years spanning from 2013 to 2016, America saw some of the most alarming numbers of police-related violence and deaths as more cases became mainstream due to social media. The infamous cases involving Trayvon Martin, Mike Brown Jr., Philando Castile, Sandra Bland, Eric Garner, and many more rocked the Black community to its core, inspiring the emergence of the #BlackLivesMatter movement and spreading the flames of political unrest in places that had once ignored the detrimental effects of racism. According to Mapping Police Violence, from the years 2013 to 2016, more than four thousand people had been killed by police across America, with Black people making up 26% of victims despite only being roughly 13% of the population.

During the interview Professor Yeboah stated:

In a time where many Black families were – and still are – grappling with the fear that their fathers and sons would not make it home, Black art began to focus more on the subject of institutional violence against marginalized groups. While most forms of Black artistic expression up until this point have seldom excluded a critical or political lens, one rising trend at the time particularly focused on retelling stories that opposed the media’s bestialization and criminalization of Black victims of police violence, as particularly portrayed in the case of Trayvon Martin.

The rise of “soft masculinity” or “soft boy” aesthetics in images began to be incorporated in art that centered Black subjects. Until this time, these themes had mostly favored white and fair-skinned subjects or characters in pop culture, but were used in many creative ways to showcase that Black men – and Black people in general – were not the hard criminals and “thugs” the media portrayed them to be. Images of men with flowers, pastel or bright colors, painted fingernails and glitter became more commonplace and gave birth to radical softness, a feminist movement and concept constructed to combat disparaging narratives of masculinity and femininity ravaging American media. As Black artists challenged traditional ideas of gender and how they intersected with state-sanctioned violence, these images became more popular. This was especially true in the case of Kehinde Wiley, a renowned multimedia artist and painter, who was known for portraying Black men posing in regal stances and streetwear with brightly colored backgrounds and patterns as the backdrop.

The film and television industry followed suit, as it was also in the midst of its own reckoning because of its lack of diversity, an overbearing presence of one-dimensional Black characters, deficiencies in having proper lighting and styling for Black actors. Projects such as Barry Jenkins’ Moonlight (2016), a film of a Black boy who grapples with his identity through masculinity, sexuality, and class status, and Marvel’s Luke Cage (2016), a series centering a Black bulletproof vigilante with super strength dealing with the effects of police brutality and corruption in his community, changed the game. In that same year, another comic book cultural figure, the Black Panther, made his live-action debut in Captain America: Civil War (2016) and was followed up by the late and great Chadwick Boseman’s Black Panther (2018). This movie opened the floodgates of possibilities of what Black representation could look like in the future. Its attention toward cultural accuracy, political relevance, and diverse casting showed Hollywood that not only are Black stories wanted in mainstream media but they can also be wildly successful and appealing to all audiences.

A New Age of Artistry & Representation
The polarized political landscape that has been carved throughout the Donald Trump administration and a global pandemic has forced the Black community to find new ways to tell their stories and share their experiences. Throughout this new era, tremendous strides have been made to give Black people more creative freedom and tools to move mountains and cross oceans with their art. One day, in spite of all the grief, pain and sacrifice that preceded it, history will look back on this period of time as one of the greatest booms in Black creativity and expression, and they will call it The Black Renaissance.