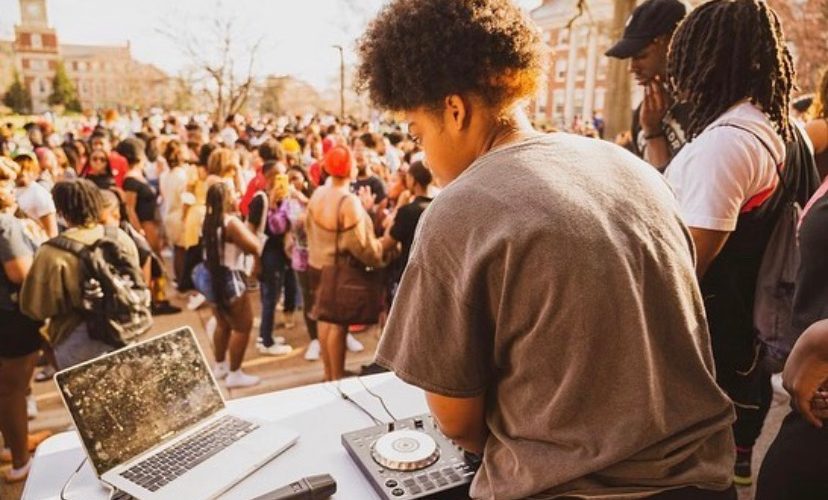 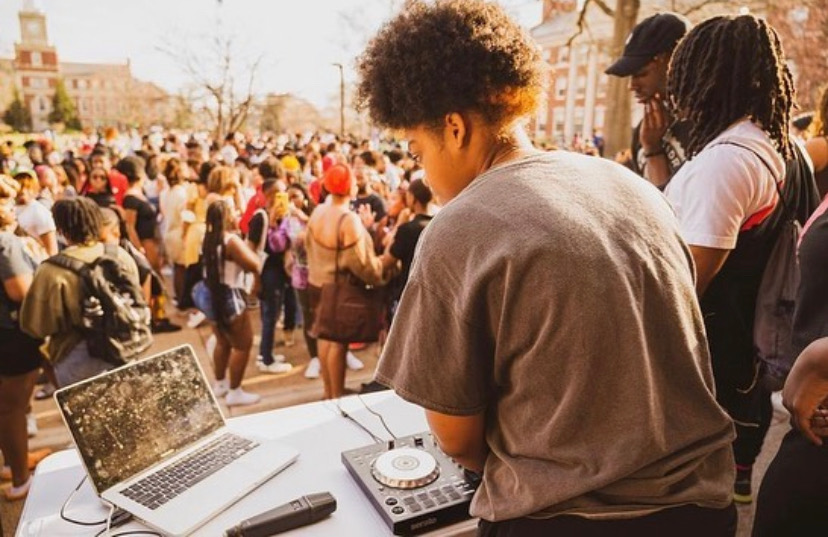 Beyoncé’s rendition of “Before I Let Go” played, and for the first time since the pandemic, Howard students broke out into the electric slide on The Yard. This spring, one of the first sunny days prompted students to break out their sunglasses and picnic blankets. At the head of it all, completing the atmosphere with crowd-pleasing music, Alani Hodge aka DJ Doobie This sophomore film and television major is taking Howard’s music scene by storm.

“The DJ can really make or break your experience,” said Jade De Los Santos, a Howard Student and party attendee. “Doobie is amazing at reading the crowd and setting the vibe, and that day on the yard felt like the Howard spring darties you hear about.”

As a long-time music lover, Hodge initially began as a producer making beats for other artists. Inspired by Tyler the Creator, the rapper formerly known as Kanye West and Virgil Abloh, she has aspirations to take her artistry beyond beat making. The beginning of the pandemic in 2020 presented the perfect time.

“Originally I was a producer, and I love it because I love music in general, but it’s hard to monetize production unless you know a lot of artists who love your beats,” said Hodge. “Because I was just starting out, I didn’t know any other artists. I figured the only way for me to invest in my music interests as well as grow my knowledge would be to DJ.”

This semester Hodge dived into creative entrepreneurship and has received traction on campus among party-goers and party promotion groups. Despite recognition of her talents, obstacles undoubtedly present themselves. Sourcing and paying for equipment is one, especially because Hodge sometimes gets push-back about her rates. Also, the DJ industry is notoriously male-dominated. Representation is increasing, but according to the 2021 IMS Business report, female DJs only account for 4% of demand.

“I argue with male DJs because they don’t let me live. They take over my sets sometimes and mansplain everything, even the basics,” said Hodge. “I wouldn’t be booked if I didn’t know the basics.”

In line with her artistic inspirations, DJ Doobie plans to continue growing in her artistry and as a creative entrepreneur in order to nurture the creative environment at Howard. Look for events that incorporate film, fashion, music and visuals.

Hodge says: “remember you went to school with me because you’ll probably brag to your children one day about being at Howard with DJ Doobie.”