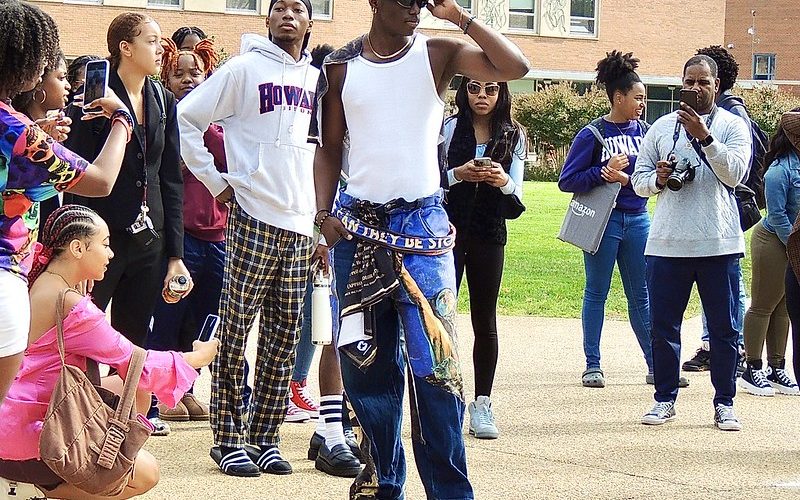 HBCUs and their Fashion Culture

Fashion flows through the veins of historically Black colleges and universities (HBCUs). On campus, it is guaranteed that you can find a unique outfit that makes your jaw drop or an outfit that floods you with envy. At Howard, this has been exemplified by the viral TikToks that capture students on the Yard showing off their best fits, or Yard photoshoots that flood Instagram explore pages. HBCUs are known for their culture of fashion. But where did it begin?

HBCUs opened en masse after the Civil War as part of the Reconstruction era. A newly freed group of people had the opportunity to expand their education and climb the social ladder. Back then, some clothing styles imitated the high society that Black people were denied access to. Elaborate and delicate dresses and elegant and neat suits gave students the chance to prove their new status.

Respectability politics also play a role in this. The term was coined in 1993 by author Evelyn Brooks Higginbotham in her book “Righteous Discontent: The Women’s Movement in the Black Baptist Church.” It refers to the idea of people of color needing to adhere to the dominant cultural norm in order to receive respect and be treated as equals. One way respectability politics often take shape is through clothing. Certain cultural styles of dress may be considered “unprofessional”. This often takes form at HBCUs via strict dress codes. Hampton University has occasionally come under fire for their strict dress code that lists “Do-rags, stocking caps, skullcaps and bandanas” as prohibited at all times on the campus of Hampton University except in the privacy of the student’s living quarters. Howard University’s School of Business requires students to dress in business casual twice a week when attending class.

These politics may make sense in other environments but it’s puzzling to see style policing occurring in an environment meant to be a safe space for Black youth. When you combine the ideas of wanting to signify your status and respectability politics with a young student body, a culture of fashion is born.

Upon entering college, many were aware of the culture surrounding dressing up at HBCUs. It is frequently joked about on social media; kids talk about how they know they have to dress better on campus for fear of dirty looks, or joke about needing a whole new wardrobe to keep up.

Junior Kameren Simmons was aware of this sentiment when she came to campus. “Before my first semester, I bought a bunch of clothes and saved them for when we were in-person because I knew everyone would be dressed and I wanted to look nice. I never come to class bummy,” she said. Simmons is from Connecticut, and appreciates that Howard allows self-expression through fashion. But she acknowledges that it can be frustrating at times. “I feel like here I can’t look like that [bummy]. It could fly at a PWI (predominately white institution) but here I could get dirty looks,” she said.

In 2022, fashion is seen as synonymous with HBCUs. Flyness and dressing for the occasion are expected. What was once the vehicle for students to prove that they belonged in academia now gives students the freedom to express themselves. We see this legacy in the Telfar and Marc Jacobs bags that populate the Yard; and the designer and name-brand sneakers that stomp up the Hill.