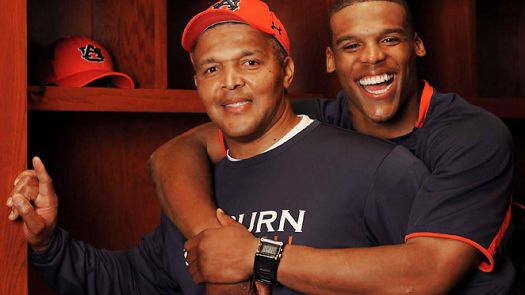 For the Love of the Game … or Money?

Some people are debating whether college athletes should be paid following the suspension of five football players at Ohio State University for NCAA violations and recent reports that the father of Auburn University’s Heisman-winning quarterback, Cam Newton, solicited recruitment money from Mississippi State University. And in September, University of Southern California standout Reggie Bush forfeited his 2005 Heisman trophy over allegations that he received improper benefits before joining the New Orleans Saints.

Teri Lotte, a student worker for four years in the Sports Information Department at Howard University, is divided about compensation for student athletes. “It is hard for me to say that athletes should not be paid after seeing the struggles they deal with on a daily basis,” Lotte said.

Supporters of compensation, or some type of stipend, say that athletes should be able to receive payments for their service and time. Athletes have to complete schoolwork, attend practice sometimes three times a day, travel for games and recover from injuries. They really do not have time for a personal life or the opportunity to get a job to make extra money. Many athletes struggle to support themselves and cover incidental expenses, especially those who would not be able to attend college without a scholarship.

Since they basically give their lives and time to an institution, paying athletes would compensate them for their effort, dedication and time, supporters say. “Athletes are providing a service to their school and they are giving up valuable time, they should be paid. Schools make so much more money because of athletics, athletes should receive some of that money,” said assistant basketball coach of the Lady Caimans Casey Lee.

“They should be able to benefit from the royalties that are received due to their name being used to draw crowds and jerseys and other items that are being sold for those super star players,” said Shantonie Derrick, a graduate student in the DeVos Sport Business Management program at the University of Central Florida in Orlando.

Beyond this benefit, Derrick says, college athletes shouldn’t be paid, since they receive as much as $200,000 in scholarships.

“How do you justify paying for an athletes’ education and paying them money to do just what they were recruited to do?” she asks.

Lotte shares a similar ambivalence. “After putting emotions aside and thinking logically, athletes should not be paid,” he said. “It is not a job. It is a sport that athletes have made the choice to play.”

In addition to free tuition, college athletes receive room and board, books, school memorabilia, and the respect and admiration of their peers, which many believe is payment enough.

“Playing sports at the collegiate level is a privilege granted to individuals with an exceptional skill level,” says Drake Walker, who holds a Bachelor of Sports Management from Hampton University. “Sports, especially football, generate a tremendous amount of income for schools. The benefit of these athletes contribution to that is free education, plus other known or unknown perks.”

Paying college players would make college sports a lot more similar to professional sports, an idea that many people are not comfortable with yet. College athletes are known to play for the love of the game and the love of their school. Many say compensation would take away from the excitement and the thrill of college sports.

“If college athletes are paid, we would treat playing a sport as if it was a job or an obligation as though it was instead of something that we desired to do,” said Ja’Quan Spear, a basketball player at Cobleskill University. “It just would not seem right. I play basketball because this is what I love to do.”

” Playing a college team is a privilege that many athletes do not receive. It is an honor to play for a team and anyone that is selected to play on a team should treat it as so,” said Coach George O’Leary, head football coach of the University of Central Florida.  However, many critics believe that improvements can be made to the NCAA and the rules to prevent athletes from making poor decisions that lead to scandal.