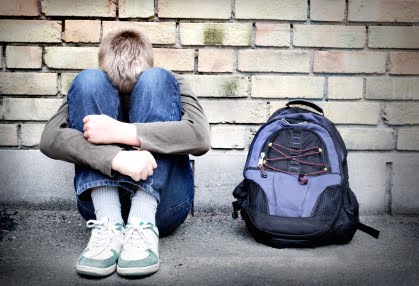 Homeless is Where the Heart Is

Amirah
Add comment
4 min read
The concerns of Tahwanna Gilbert, a freshman at Wilbur Wright College in Chicago, stretch far beyond those of the common college student’s.  She is not concerned with gaining the “freshman 15” because she only eats an average of one meal a day.  She doesn’t worry about rushing to get her studying done before heading to a party, because she works at White Castle during the night.  She has no problem getting along with a roommate, because she does not have a room, let alone someone to share it with.

Since July, Gilbert has been bouncing between living in motels and the backseat of the car that she saved up eight months to buy at $1,100.  Gilbert, her mother, and little brother became homeless in 2007, when her mother was laid off immediately following a divorce, which resulted in them losing everything.

“Me, my mama, and littler brother lived in and out of motels my whole junior and senior year in high school,” Gilbert said. “So this is nothing new to me, but I wish that I could afford something permanent.”

The number of homeless students in Chicago area schools has skyrocketed since 2006, as more families face foreclosure and job loss.

According to the National Coalition for the Homeless, federal officials estimate at least 110,000 youths between 12 and 24 years old live on the nation’s streets.

The coalition also found that inadequate wages put housing as a luxury for many Americans. One study even found that 17 percent of the homeless are employed. However, a person with a minimum- wage job would have to work 89 hours a week to afford a two-bedroom apartment in most cities.

Gilbert’s main concern is to be on the road to stability and success.  Her last two years of high school, were a consistent blur of homelessness, scraping by with her mother and little brother, earning poor grades and missing countless days from school.

The 18-year old is determined not to let her conditions interfere with her school work. “Doesn’t matter how smart you are if you don’t have any place to study or do homework.” Gilbert says. “To think about it, I’m not exactly sure how I got this far.”

Like Chicago and the rest of the state, other parts of the country are also experiencing an increase in homelessness.  In Florida, homelessness becomes more of an issue during the winter months. The homeless will hitch-hike rides from Illinois, Minnesota, Michigan, New York, and Ohio to escape the harsh weather in the north.

Gilbert can attest to the brutal winter nights in Illinois.  She has had to wrap herself in every blanket and piece of clothing that she owned to avoid going into shock.

“The winter time is torture and it seems like the night will never end,” Gilbert said. “It’s almost unbearable, but I couldn’t imagine not staying in Chicago.”

For Gilbert, college was always an aspiration but the last few years made it seem like an unlikely prospect.  However, with the help of a generous guidance counselor at her high school, she was able to apply for three colleges in the Chicago area.

Gilbert was accepted to Wilbur Wright College, where she’s majoring in psychology with a concentration on social work. She intends to help children in Chicago who have experienced homelessness and poverty.

“If I can help someone cope with or push through their status no matter what the circumstances, I will feel accomplished,” she said.