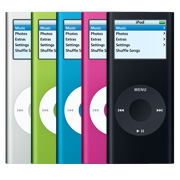 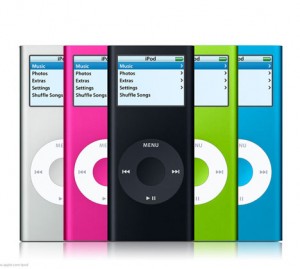 Apple has begun a worldwide recall of their first-generation iPod nano. The recall notice is posted on the support section of Apple’s website, with the following statement:

Apple has determined that, in very rare cases, the battery in the iPod nano (1st generation) may overheat and pose a safety risk. Affected iPod nanos were sold between September 2005 and December 2006.

This issue has been traced to a single battery supplier that produced batteries with a manufacturing defect. While the possibility of an incident is rare, the likelihood increases as the battery ages.

So if you have managed to hold on to that first-generation iPod nano, congratulations you are eligible for a brand new one, free of charge.

If you are unable to tell if your nano is a first generation,  Apple has tips on that. “It has black or white plastic on the front and a silver metal back — later iPod nano models have a metal front and back,” stated on the company’s iPod nano (first generation) Replacement Program page.

Ordering your free iPod nano replacement is as simple as entering your product serial number into the provided fields on Apple.com. After submitting your details to Apple, you will receive a replacement model in roughly 6 weeks.

Six years ago when the iPod nano was first released Steve Jobs declared, “The iPod nano is the biggest revolution since the original iPod. [It] is a full-featured iPod in an impossibly small size, and it’s going to change the rules for the entire portable music market.”