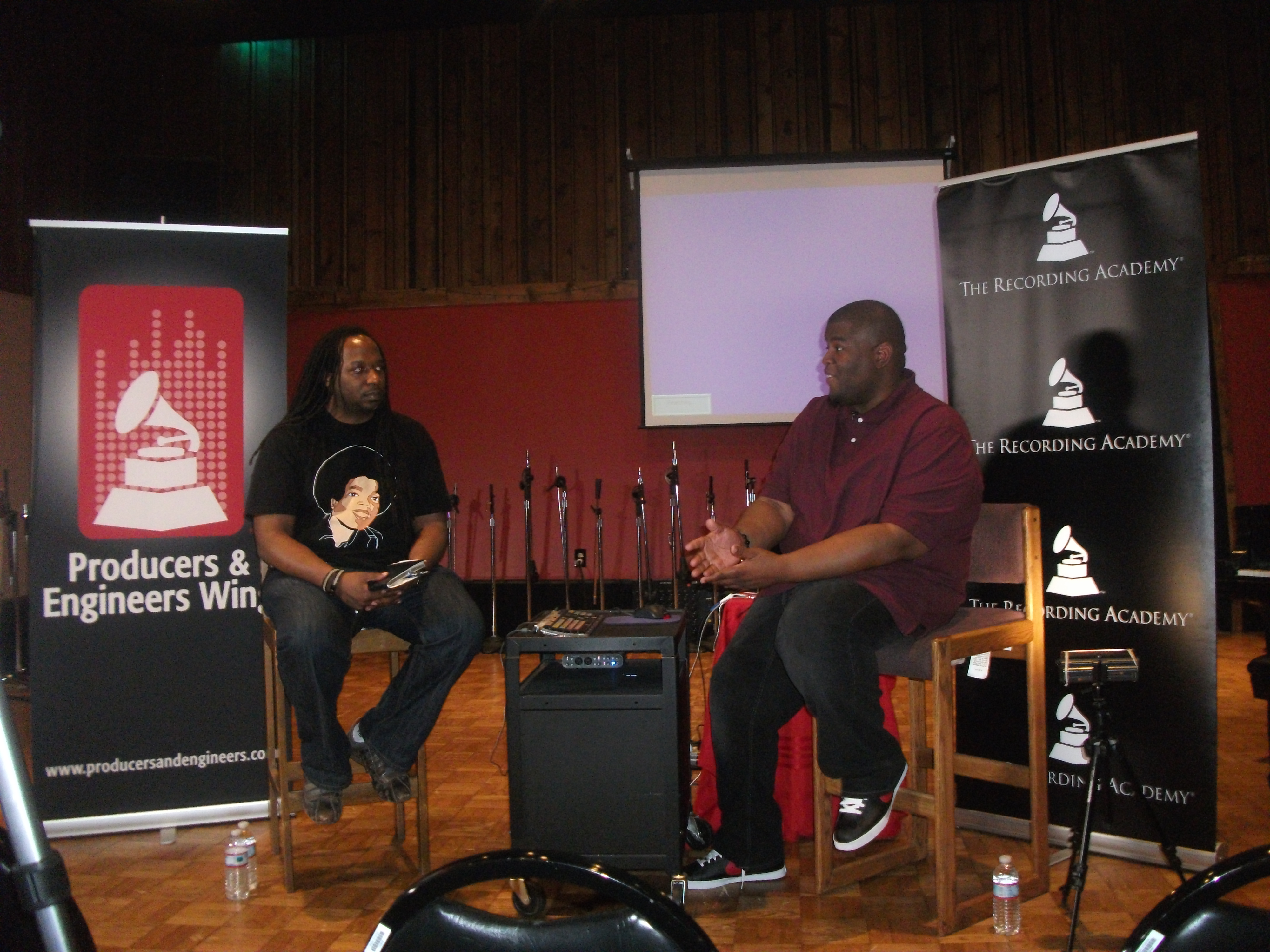 Producer Salaam Remi joined the District chapter of The Recording Academy for a question and answer session Saturday, April 21 at Omega Studios in Rockville Md.

Remi has produced for artists in many genres, such as Amy Winehouse, Nas, The Fugees and Jazmine Sullivan.  His work also includes film scores for Rush Hour 3 and the upcoming Sparkle remake starring the late Whitney Houston.  The event was hosted by The Recording Academy, of which Remi is a member.

Like many others in the music industry, Remi grew up in a musical family.

“My father is a producer,” he said.  “He started in Trinidad in the late ‘ 60s.  He and his three brothers had musical backgrounds, but he was the most serious about them.  On my  mother’s side, she and her brothers were musicians… so all the generations before me had [musical] ability.”

Remi began with hip-hop in the early ‘90s, and went on to work on Nas’s Hip Hop is Dead in 2006.  He later went on to work with Amy Winehouse on Frank and Back to Black, and even on her new album until her 2011 death.

Remi recalled recording Back to Black.  “My living room has two-story ceilings… and Amy liked how her voice sounded, so we ended up recording the vocals in my living room.”

They were going for a Motown, “Ain’t No Mountain High Enough” sound, said Remi.  He then played the first versions of “Me and Mr. Jones,”; first titled “Fuckery,” and demonstrated the differences from the album version.

Remi also emphasized the importance of thinking like a producer, not a beat-maker.

“It’s not even about the beat,” he said.  “I don’t care about the beat.  It’s about making sure the song’s there and the artist is telling a story.”

Remi described his recording process, different from that of many “beat-makers.”

His goal is to make the audience connect with the artist, not just the song, Remi said.

Remi also referenced travelling to Prague to record an orchestra for future tracks.  He ended up using the tracks for Jazmine Sullivan’s “ Bust Your Windows” and “Lions, Tigers & Bears,” which featured no drums.  Sullivan’s label didn’t want to invest so much money into the orchestral samples on a new artist, so much of it came out of Remi’s pocket.

“They were looking for this hip-hop infused record that was all the drums,” he said.  “Again, my focus is always about the artist’s message and story getting out. So I ended up making Jazmine’s record intentionally with no drums.  I wanted people to feel her and feel the song.”

After the success of both records, Sullivan’s label began to put more trust in her skills as a songwriter.

Inspiration remains Remi’s focus, and was much of his reason for becoming a part of The Recording Academy.

“It’s really about sharing inspiration and knowledge,” said Remi.  “And the value of the Grammys is that it goes to inspire the community of people who create… I look at it as my opportunity to give back to my community and my peers.”