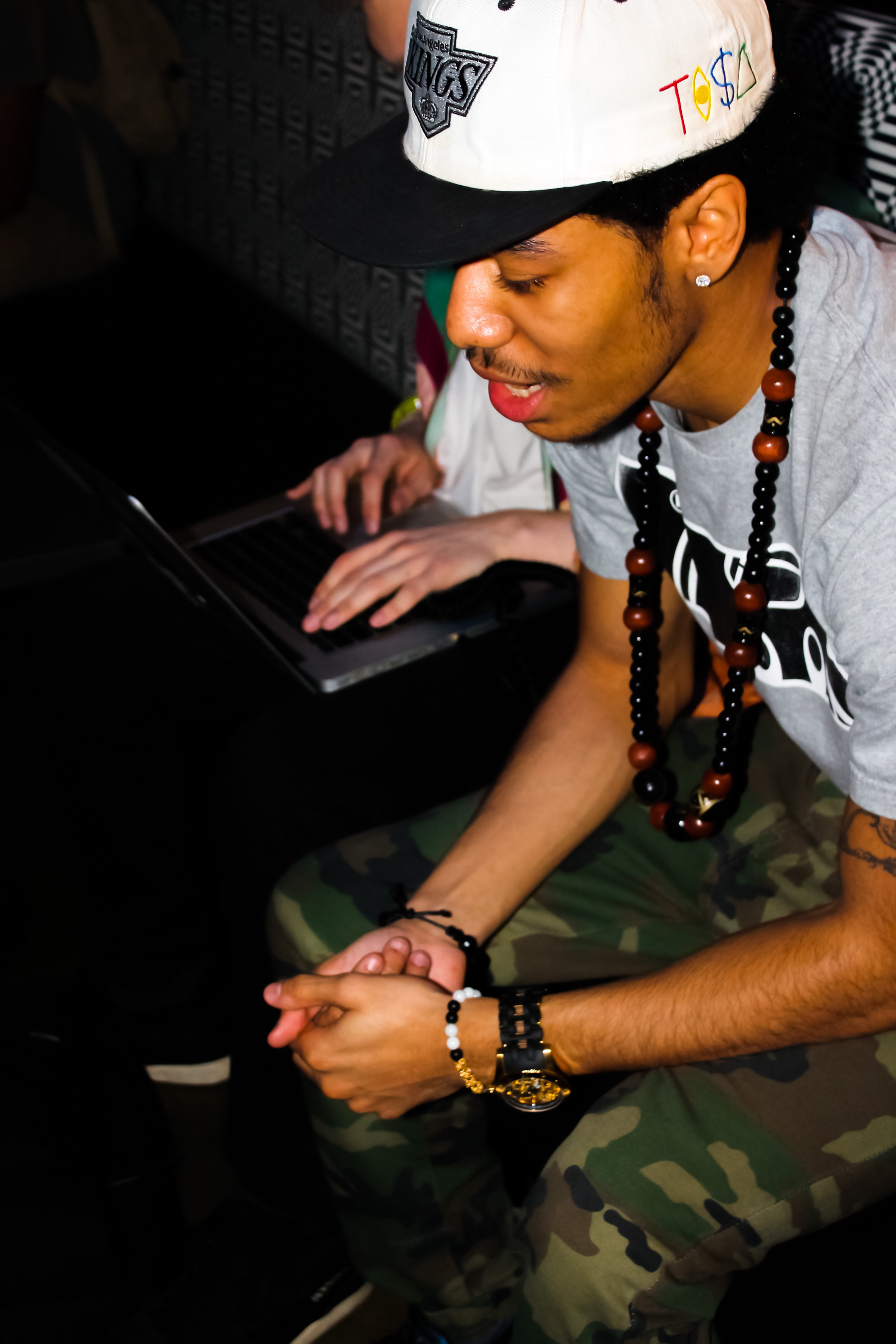 eMeX Spits Under More Than One Influence 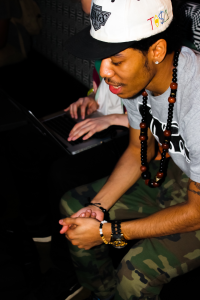 On Friday, March 23, A$AP Ant hopped on stage to perform as a guest with a Howard sophomore in front of The Fiilmore’ s crowded audience in Silver Springs, Md.  There were no hype-men beside Matthew Xavier Walker, known as eMeX, pronounced M-X in a two-syllable salute to favorite rapper Jay-Z.  Instead, eMeX took over the stage with full force and energy, and perhaps a little lit by his own admission.

“He’s a homie,” eMeX said of the newcomer.  “We have a song together.”

The two performed “Ridin’ Round Slow,” a song recorded on whim after A$AP heard eMeX’s “Overdose,” the single for his next mixtape, The Sobriety Test.

EMeX’s first project, Honorable Discharge, was released in February 2010, shortly after his move to Washington, D.C. to attend Howard University.  His parents stood by his rap career, but stressed the importance of an education, motivating him to attend college as a political science major seeking a law degree in case his music career doesn’t work out.

But eMeX doesn’t live like a typical college student.  He was off-campus working and unavailable the entire week and weekend, leaving a phone interview as the only way to speak with him.  After some polite apologies, he opened up during an hour phone interview about his vision for The Sobriety Test, to be released early summer, his place in an ever-changing rap game, and the life-changing event that led him to a mic.

The car accident left eMeX unable to play sports, so he turned to hip-hop and poetry as a way to vent.  He first displayed his skills publicly a year later at his grandmother’s eulogy, where he asked his cousin to read a poem with him on stage.

“I was really shy,” eMeX said.  “That was one thing I kept to myself.”

After receiving positive feedback, eMeX was able to draw strength during what he called his “lowest point,” and sustain positivity around negative crowds.

EMeX was born and raised on the west side of Baltimore City, Md.  He attended private school is whole life, and his father kept him involved in sports to keep him out of trouble.  Despite his school life, he still feels connected to neighborhood he grew up with, and says he received “the best of both worlds.”

Home life is the reason eMeX chose to attend Howard.  The school is close enough to visit, but far enough so he doesn’t have to see his family all the time.  Before he even started performing at Howard, he was discovered by Justin LaMotte, the founding manager of entertainment company Fame Entertainment Collective.  That is, according to eMeX.

“He heard my music, and he hit me up,” said eMeX, before Stevie B, a Fame Entertainment Collective manager, playfully snatched the phone from him to correct him.

“Here’s what really happened,” said Stevie B.  “I saw him at a poetry cipher at the G2 lounge… it was my idea.  There were a few emcees there, but his presentation was fresh, he had good material, and he could have gone mainstream with the catchy metaphors and gained an audience.”

Although Justin already had artists to work with, none of them were like eMeX, said Stevie B.

Fame Entertainment Collective, which includes Justin LaMotte, executive manager, Komari “K-Rucka” Bailey, engineer and producer, and Martiea Anderson and Stephen “Stevie B” Baiyewu, assistant managers, manages eMeX as a team.  EMeX says he’s grown as a rapper since they started working with him.

“I never really gave a fuck about public appearance via social media,” said eMeX.  “They taught me I had to be mindful of what I was saying, and to be conscious of catering to more than one audience.”

Honorable Discharge includes “Show You” featuring Nick Sneed, the mixtape’s smooth sex song, and “Moment of Truth,” an a capella number that sings hard times but rings ambition.  Then there’s “Overdose,” the bass-ridden, braggadocio single for The Sobriety Test.

In an age of intense online marketing, eMeX aims to be versatile enough to appeal to everyone in his age group.  In this effort, he combines the witty metaphorical lyricism with slow-burning sex grooves and honest reflections of his past.

“I write based off the beat,” said eMeX, before adding that The Sobriety Test will follow the theme of the name, some trippy, somber, and intoxicating tracks that match up with a strong buzz, but not without a few for the pre-game party.

“I’m not an old soul,” said eMeX.  “I want people my age to be able to relate to it.  I don’t think I have a specific crowd, some songs cater to college, partying and getting fucked up… but I feel like I have a good mix of everything.”

A stark difference between Honorable Discharge and The Sobriety Test will be in its recording quality.  The premiere project was recorded on a MacBook in Drew Hall.  Now, eMeX works out of a studio with a professional engineer.  His past two singles were professionally mixed and mastered.

As for now, eMeX is keeping it “in the family” when it comes to engineers and producers.  This may be in reference to all he considers part of the “Purple Hearts Gang,” a title he came up with after suffering a heartbreak, alluding to the Purple Heart medal injured soldiers receive in the military.  He hopes to keep features limited on The Sobriety Test as well, although “ Ridin’ Round Slow” will likely be featured as a bonus track.

“I want [The Sobriety Test] to be where I’m introduced on a major level,” said eMeX.

In this case, he will likely continue to work closely with his team at Fame Entertainment Collective, in no rush to obtain a major label record deal.  EMeX referenced Drake, Mac Miller and Wiz Khalifa as artists who worked on their own with a good management team, regardless of the record label they distributed through.  It’s likely that eMeX sees artistic independence as necessary to maintain his versatility.

“I want to retain creative control,” he said.  “I refuse to ever be restricted.”