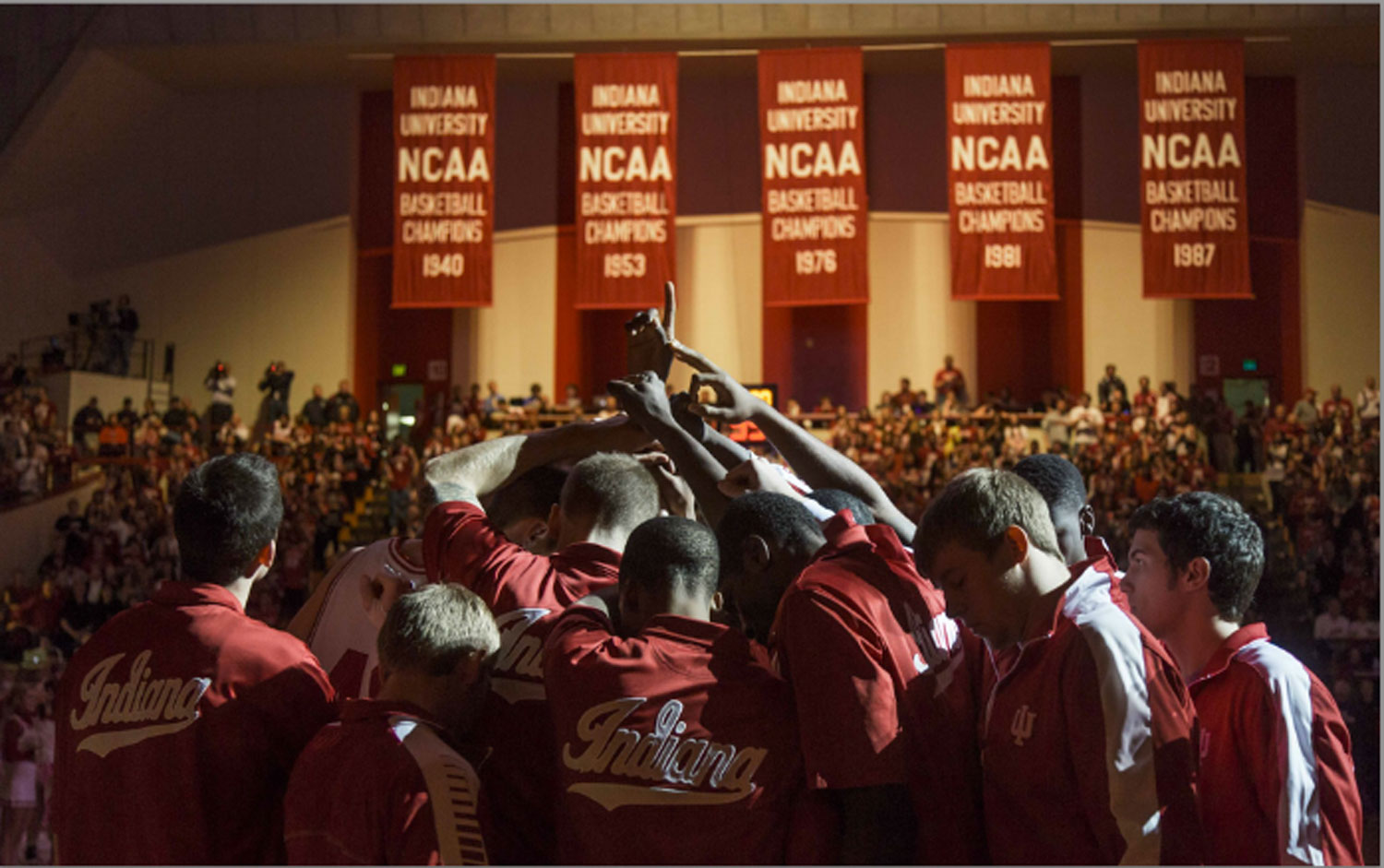 March Madness is here, and sports fanatics are weighing in on who will take it all.

The consensus seems to be that No. 1 ranked Indiana University will make it to the final game.

Howard University student and basketball lover Michael On’Gele sees a match-up between Indiana and Duke University. “Duke will win it all,” On’Gele predicts.

“Indiana University has a really good chance at making it to the championship,” says Ronald Thompkins, a student at Syracuse University. “I definitely see Michigan or Michigan State making it also to play against them.”

“I keep hearing things about Duke, but I don’t think they are strong enough this year to make it past the two Michigan schools,” Thompkins said. “Of course, I’d love to see Syracuse, but right now I just don’t have faith in them.”

Indiana seeks to add to their championship collection.

Although students at other universities are unsure about their school’s fate in March Madness this year, the students at Indiana University are boiling over with Hoosier pride. They are certain that their men’s basketball team will bring home a championship, despite the recent loss to the Minnesota Golden Gophers.

“Tough teams who never back down give IU problems, particularly if they have a big man,” says Dominique Bryant, a sophomore at IU. “Our best player, Cody Zeller, had his worst game of the season, which only made things worse.”

“Yet, this recent loss to Minnesota shouldn’t affect the Hoosiers playing in March Madness,” Bryant adds. “They are who they are at this point.” The Hoosiers beat James Madison 83-62 on Friday and  Temple 58-52 on Sunday. They take on Syracuse on Thursday.

Marlon Williams, an IU freshman, is also confident. “Where are the hard questions? Indiana University is definitely going to win it all.”

Lauren Nailon, a basketball fanatic and IU senior, also believes there is no question about Indiana winning the tournament and bringing back a championship trophy to IU.

“There are a lot of variables that go into a March Madness championship win, but Indiana University can do what many teams can’t,” says Jay Neal, a sports writer for RantSports.com. “IU can play a slow-down or an up-tempo game; they have depth and experience.”

Star players Zeller and Oladipo will play major roles in Indiana making it to the final game and essentially winning the championship.

Neal says that Zeller and Oladipo are both indeed forces to be reckoned with, but that Indiana’s success doesn’t rest solely on those two.

“Honestly, I think the key for IU is neither Cody Zeller or Victor Oladipo because you know what you’re going to get from them,” Neal says. “The key is Christian Watford. When Watford is on his game, IU provides a challenge that not many teams can defend.”

Watford is one of the starting forwards for IU. You may remember him for hitting a buzzer beater last season to help his team defeat the then No. 1 Kentucky Wildcats in Assembly Hall. That game is said by some to be the one that put the Indiana University back on the “basketball map.”

Fans expect a full effort from all Hoosiers. “They all need to come to play, especially the starting five,” says Leslie Dryer, an Indiana alumna. “They set the tone for the rest of the team.”

The Hoosiers have an overall record of 24-4. Their losses have come from Butler, Wisconsin, Illinois and most recently Minnesota. All of IU’s losses have come from Big Ten teams, except the loss from Butler. With half of those losses being at home (Wisconsin and Illinois) and the other two on the road (Butler and Minnesota), the neutral location that March Madness games will bring doesn’t seem to be that much of a factor for the Hoosiers.

Nobody knows for sure the exact outcome of the tournament, including the players, coaches and even the best of college basketball analysts. But, all spectators can be involved in the action.

March Madness guarantees tons of twists, turns, triumphs and travesties. It does every year.