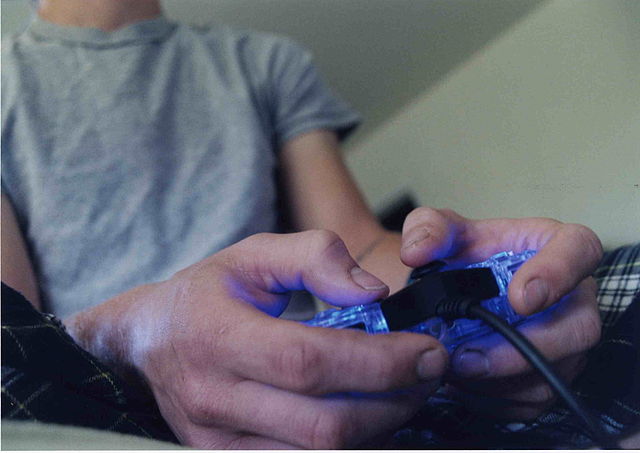 The Demons That Possess Us

Horror films about demons possessing the innocent have been taking center stage at movie theaters and on television shows. I cannot help but think about the real-life demon possessions we face on a regular basis. In these cases, the battle is largely internal with personal demons of insecurity, grief, guilt and shame.

If our personal demons thrive off our inner turmoil, then what should we call it when outside forces rob us of our happiness and incapacitate our minds with disturbingly negative thoughts?

I believe the true meaning of demonic possession occurs when the people we love or care for rid themselves of their inner demons by casting out their grief, insecurity or shame onto us. When this happens, a foreign feeling, thought or mood can overtake our bodies and defeat what gives us peace.

Morris Chestnut referred to this situation as a “transfer of energy” in the movie “Two Can Play That Game,” as he picks a fight with his girlfriend, played by Vivica A. Fox. He successfully relieves his anger and frustration by transferring that frustration to Fox’s character. After the fight, she was left with feelings that weren’t hers. These are the feelings that can eerily creep into your consciousness and enslave your mind with anger, negativity and sometimes even hatred.

For instance, Mom comes home after a tough day at work. While you’re merrily playing video games and watching YouTube videos, the door to your room suddenly slams against the wall and a red-eyed, angry Mom creeps into your space. Mom berates you for being lazy and anti-social and then turns off the video game you’ve been playing for hours before you can save it.

This incident, of course, makes you mad. The séance is over, and you’re now filled with the ghost of Mom’s fury. Your mother has now effectively ridded herself of negative energy from work, while you’re going to bed feeling frustrated and resentful. Your body is possessed with feelings that were never yours in the first place. In this sense, you’re possessed by a foreign negative entity, a demon. You are not yourself.  Your feelings no longer belong to you.

The most effective way to limit real-demon possession is to own our emotions and feelings. Of course, it’s difficult to sit with such bundles of negative energy, but personal demons are personal for a reason. When others try to transfer their inner demons onto you, sometimes it’s best to take a page from “The Wizard of Oz.” As Glinda the Good Witch would say: “Be Gone. You have no power here.”