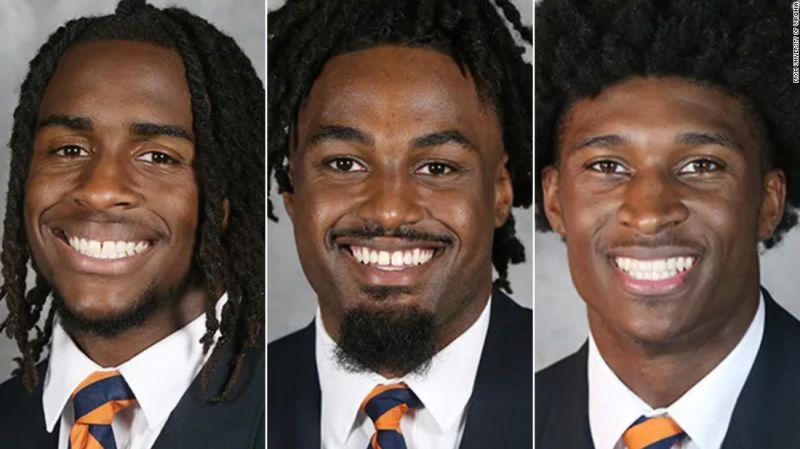 On Nov. 13, three University of Virginia football players’ lives were taken by an ex-teammate after returning from a class field trip.

Around 10:30 p.m. officers received reports of shots fired and the University went into lockdown until the suspect and ex-football player Christopher Darnell Jones Jr. was captured.

The three young men were returning with their classmates in an African American theater class from a trip to Washington, D.C. to watch a play when the tragedy took place. A witness, Ryan Lynch, reported to ABC News the odd behaviors of Jones that day and the moments before and during the shooting. She pointed out that the shooter did not show any negative signs or odd behavior prior to that moment, but that he also sat separately from everyone during the play.

In wake of this tragic shooting, the UVA community and people across the country have come together to show respect to these three victims and the survivors.

On TikTok, countless videos have been uploaded to explain what occurred and to show how the UVA community is commemorating the lives of the three young men around campus, from artwork to memorials and banners with the hashtag ‘#UVAStrong.’

One member of this community is Wayne Barnes, who graduated from the University of Virginia in May. He is a rapper from Richmond VA, with the stage name ‘4C.wayve’ and earned his degree in Medical Anthropology.

In an Instagram post, he shared his grievances and released a song titled ‘Live Forever’ in honor of the three victims.

Our hearts are with @UVAFootball and the UVA community🧡💙

A link to the GoFundMe for the victims’ families can be found here.